2017 Inductee into the Rhode Island Music Hall of Fame

Dan Moretti has had an exciting musical journey as a player, composer, producer, author and educator.

Discography as a leader or co-leader *

Some of the artists Dan has performed with : 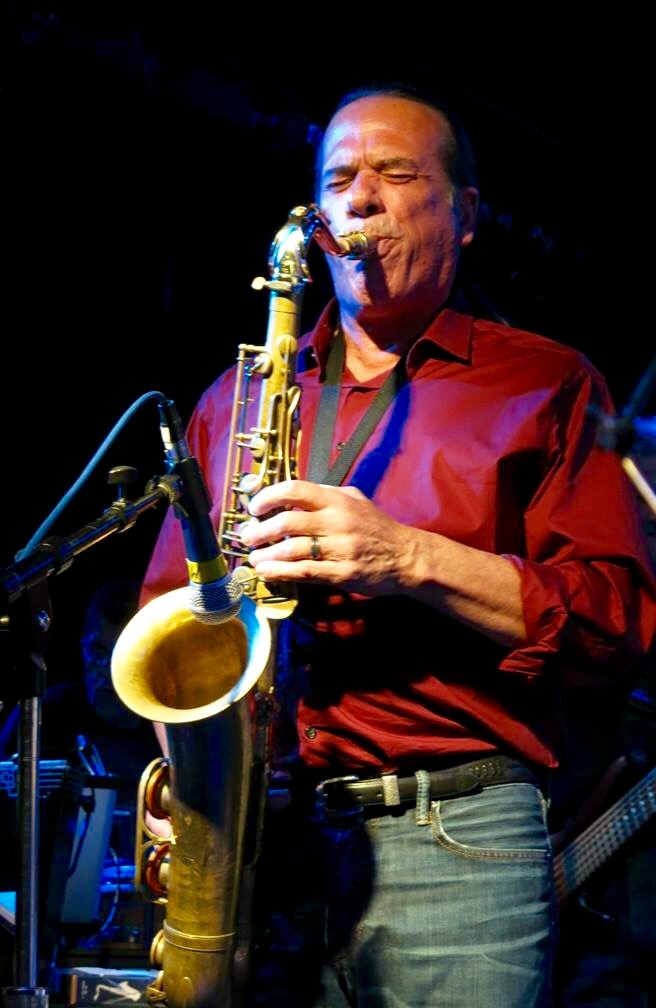 At the age of 12, as a freshman member of The Rhode Island Youth All-State Jazz Band Dan performed at the world renown Newport Jazz Festival . This was the beginning of a life-long passion to perform, write and produce music. 1970-1972 Dan attended the University of Rhode Island He was the first saxophone major there.  From 1972-1974 Dan attended Rhode Island School of Music (RISM) on full scholarship.  From 1974-1976 Dan toured the United States with a 9 piece funk band "Back Bay Brew". In 1978 Dan completed his BA degree in Music Education with a minor in Arranging-Composition from The Union Institute in Cincinnati.  Throughout the mid 70's and the early 80’s he continued to perform and teach in the North East United States.  Also, during that time Dan continued performing as a sideman with some of the Soul and R&B stars of Atlantic Records and Motown including: Ray Charles, Aretha Franklin, Ben E. King, The Four Tops, and The Temptations to name a few.   In 1981 Celebration Sounds recording studio opened in Pawtucket Rhode Island where he was co-owner and it was there that he honed his engineering, producing and composing skills for the following 12 years producing and writing commercial music across music genres.

In 1985 Dan’s recording career was launched with the international release of "Sometime Inside" recorded at Celebration Sounds in Pawtucket.  This all original self-produced fusion-jazz recording was released on the Black Hawk Records label of San Francisco.  Along with straight-ahead players Stan Getz and Phil Woods Dan became Black Hawk’s “Fusion” act.

In 1989 Dan traveled to Yaroslavl Russia as part of "The International Arts for Peace" organization.   In 1991 Dan won the 2nd annual Phoenix reader poll for "Best Local Jazz" and "Best Local Producer" and in 1992 he won again "Best Local Jazz".

Dan was the leader in the Jazz Renaissance in Providence Rhode Island in the 1990's . It was during this time that Dan was awarded numerous citations from the Governor and House of Representatives in Rhode Island and the Mayor or Providence for his contributions to the music scene and the promotion of jazz in Rhode Island. Some of the Awards he received during that time were: "The State of Rhode Island and Providence Plantations" Citation in 1991 from the RI House of Representatives in recognition of is efforts to promote jazz locally and nationally, "The Proclamation from The City of Providence" in 1994 and  "The State Proclamation from the Governor in 1994" for the promotion and performance of Jazz in Rhode Island.  In 1996 Dan was hired as an Assistant Professor at Berklee College of Music in Boston where he is now a Full-Time Professor in Contemporary Writing and Production department finishing his 26th year.

Dan’s love of all styles of jazz has contributed to his performances in straight-ahead jazz as-well-as Latin, funk and soul.  This is evident throughout his current collection of 19 solo recordings.  In 2009 Dan was awarded the prestigious  MacColl-Johnson Fellowship for Jazz Composers through the RI Foundation which enabled him to write and produce a project in 2011 with an Italian traditional orchestra called The Piccola Orchestra La Viola (POLV), bringing together his musical and Italian roots. This CD was released on an Italian label called Dodocilune.  In the summer of 2011 Dan returned to Italy to perform a tour in support of the release.  The latest CD “Dan Moretti & The Hammond Boys” live at Chan’s was released in 2014 and hit #13 nationally and was on the CMJ radio charts for 20 weeks.

In 2006 he was given the school’s “Curriculum Development Award” in 2006 for his popular on-campus course "Groove Writing".  He has also been at the forefront of distance learning at Berklee where in 2003 he created the Berklee Online (Berklee's distance-learning school) version of his course called "Arranging Contemporary Styles" and has been teaching this course to students all over the world.  In 2012 he converted this same course back to Berklee with one of the first on-line on-campus courses.  In 2008, his book "Producing and Mixing Contemporary Jazz" was released on Hal Leonard-Berklee Press.  In 2010 Dan collaborated with Matthew Nicholl and Oscar Stagnaro on the book “Essential Grooves” for Sher Music, which is required for all Groove Writing sections at Berklee. .

For the last 25 years Dan has been active in Europe and the states performing his music and presenting seminars in Italy, Turkey, England, Belgium, Holland, France, Switzerland, Ireland, Africa, Ecuador and Gibraltar as-well-as being a sideman with artists like Nile Rodgers and Chic.  In the summer of 2006 he had the opportunity to perform in the house band at the 40th anniversary of The Montreux Jazz Festival tribute to Atlantic records with Nile Rodgers.  This was also a full circle experience being that that’s where it all began for Dan.  The performers he played with which included Dan writing charts and backing up were: Robert Plant, Stevie Nicks, Chaka Khan, Kid Rock, George Duke, Solomon Burke, and Steve Winwood.

On the Educational front Dan has traveled throughout the world doing auditions and clinics for Berklee College of Music in Boston in places like: Kenya, Ecuador, France, and Asia.  He was the co-founder of the Gibraltar Jazz Workshops that were introduced in 2012 in Gibraltar.  He has presented clinics and done performances at the International Association of Jazz Educators (IAJE) conferences, and The Jazz Educators Network (JEN).  In the summer of 2016, with the support of Alex and Ani, Dan initiated the first free summer jazz workshop at Sakonnet Vineyards in Little Compton, RI.

Dan is a Yamaha and Vandoren artist and can present a diverse set of clinics and seminars including: Master Classes, Improvisation, Ensemble Performance Techniques, Composing, and Producing.

Dan is a BMI affiliated composer and owner of Morean Music and has an extensive catalog of published music including 2 books and an online course.

Dan has been voting member of the Grammys for 25 years.